In the early days of acoustic doppler current profilers (ADCPs) most units on the market were designed with four transducer beams. To most effectively accommodate these four-beam ADCPs, buoys were produced with four tie-rods that pass through the buoy and end frames with four legs that attach to the tie-rods. This design allowed for the beams of the ADCP to pass between the frame legs, unobscured.

Advances in ADCP technology have since led to ADCPs with as few as three beams and as many as nine transducer beams. In some cases, a center (vertical) beam is included in the configuration. These technological advances in ADCP design have led to changes in the design of the framework for ADCP buoys.

In the case of a three-beam ADCP, buoys are now offered with three tie-rods and end frames with three legs that pass between the beams. For customers who have previously purchased a buoy outfitted for a four-beam ADCP, but now look to use a three-beam ADCP, a frame is available that mounts on the four tie-rods and transitions to three legs to pass between the beams. Additionally, a buoy can be outfitted with a four-beam frame on one end and a three-beam frame on the other for compatibility with both systems.

When a buoy is at the top of a mooring and a vertical beam is used, or when an ADCP with several beams is used, typical frames would block the beam or beams. And since the buoy is at the top of the mooring string, the need for a top arbor is eliminated. In this case a ring frame is used. This frame serves to protect the ADCP head during deployment, recovery, and handling on the deck of a vessel, but will not obstruct the beam pattern.

All frames are manufactured with 316L stainless steel. The frames are then electropolished and fitted with replaceable zinc anodes for superior corrosion resistance. Frames with arbors on them are fitted with isolation bushings and allow connection to the mooring line with standard shackles.

Our extensive in-house design, machining, metalworking, and welding capabilities allow us to make an endless variety of these frames to support and protect not only ADCPs, but also a wide range of other instrumentation. DeepWater Buoyancy’s engineering staff will work with you to design the
exact frame that best meets the needs of your equipment, pass through loads, and time at depth.

View Datasheet
Back To Products

To get assistance in choosing or configuring the correct product, to obtain a quote, or to place an order, please contact us. 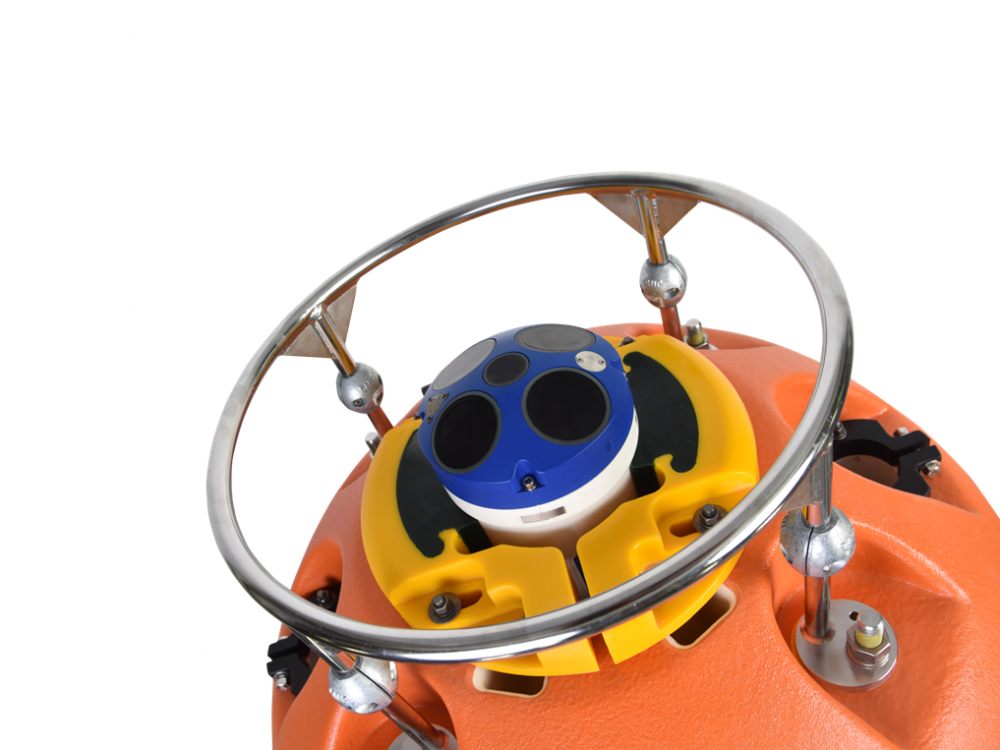 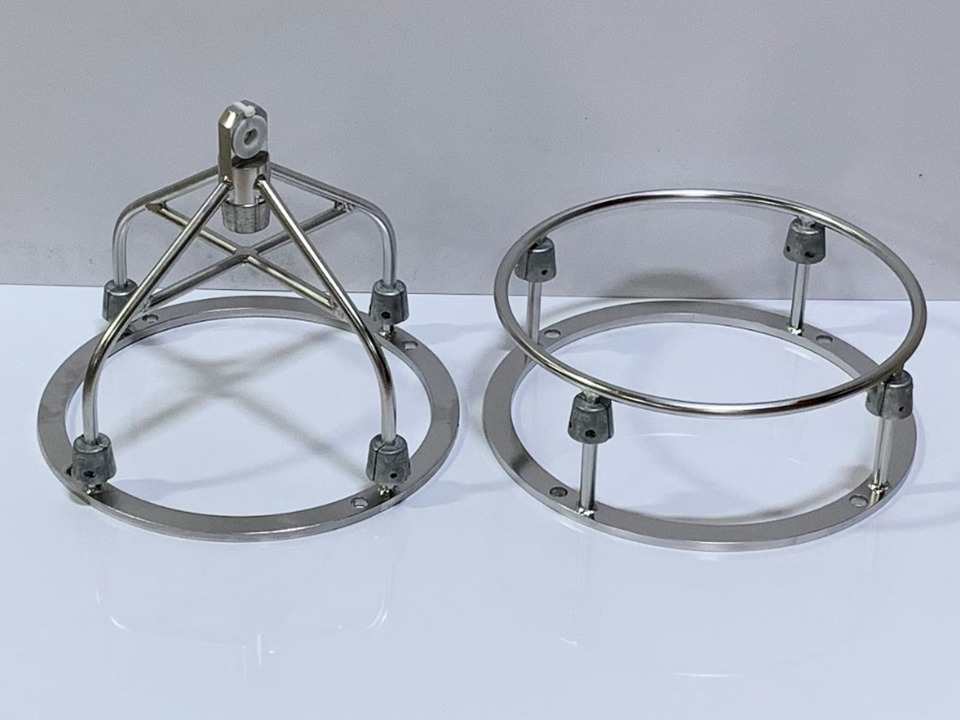 RIng and top frames for 24" spherical buoy for a high frequency ADCP instrument. 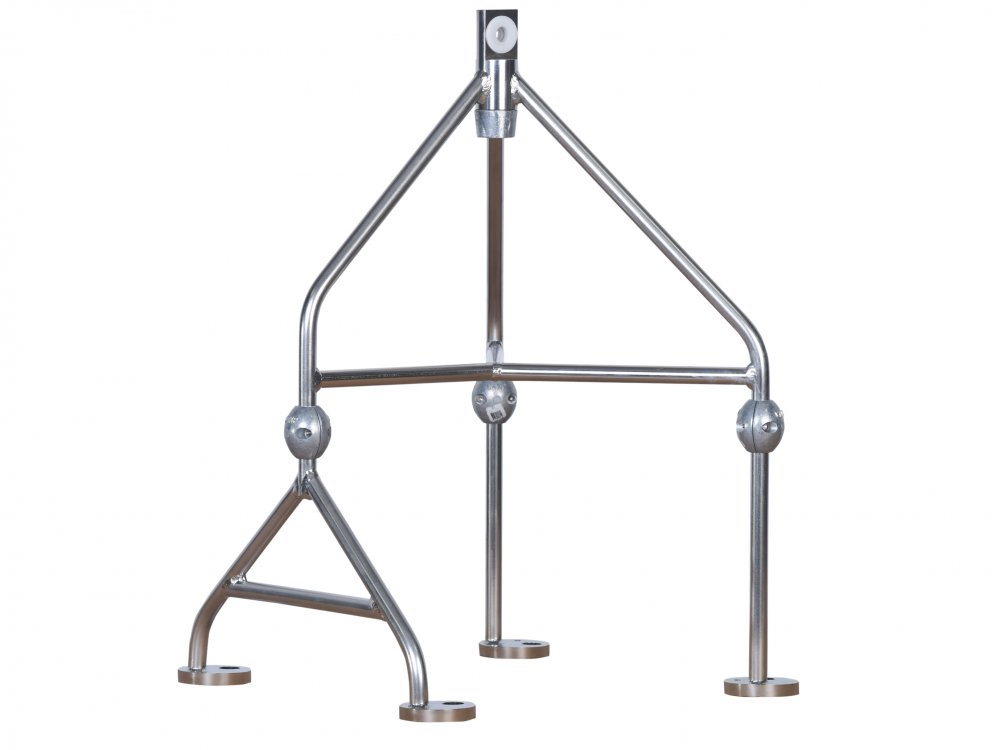 Frame to allow a three beam instrument to be used on an ADCP buoy with four tie-rods.

Standard frame for a four-beam ADCP on a 62 inch ADCP buoy. 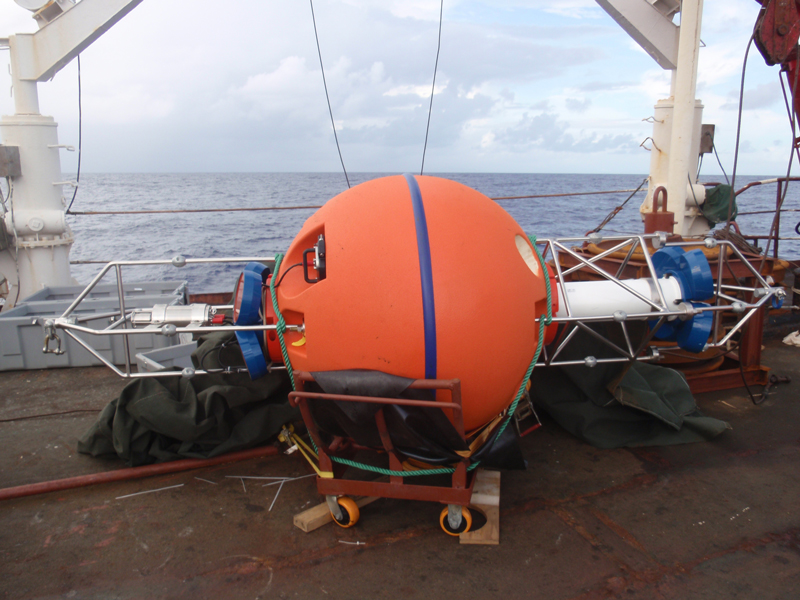 DeepWater Buoyancy is exhibiting at the 2022 Oceans Conference and Exposition on October 17-20 at the Virginia Beach Convention Center. 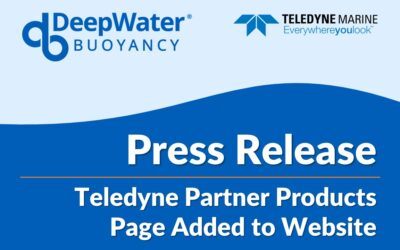 DeepWater Buoyancy is pleased to announce the new Teledyne Partner Products page of its website.

DeepWater Buoyancy is exhibiting at the 14th MTS Buoy Workshop on September 19-22, 2022 in Wilmington, North Carolina.

Do you need a Custom Solution?

Don't see what you need in
our catalog?

Have a specialized or
complex requirement?

DeepWater Buoyancy prides itself on finding solutions for all our customers’ requirements. When a standard product does not fit the application, we analyze, design, develop, and produce the optimum solution. Click on the button to learn about our custom capabilities or contact us to discuss.